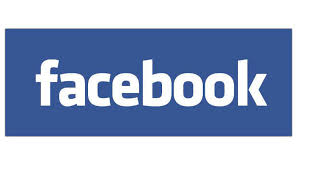 The History of the School

The school building  was raised in 1936. Firstly, Primary School for women was organized there and then a secondary school for women. After World War II, during which German soldiers stayed there, a hospital was created .  in 1948  was opened. In 1965 was opened and in 1967 Vocational School was founded both of them  functioned until 1976.

The Complex of Technical Schools  was founded in 1976. It included a few types of schools: , , and

Gastronomic  Vocational School . At present the whole school is still situated at Niepodległości Street 5. It consists of huge and spacious buildings, which make it possible for school to work. The school is made up of the main building with an additional wing, a gym hall, a gastronomic workshop, a boarding and a building of workshops.

Popularly called “Budowlanka” ( secondary house – building school ) has become a part of town’s scenery. Teachers, who work at school, thanks to their authority and knowledge educate generations of students helping them to gain and develop theoretical and practical skills and abilities. Some of the teachers graduated from this school in the past and after completing their higher education  returned to teach here.

Mr Eugeniusz Smedowski was the first headmaster of the Technical Complex and his deputy-head was Mr Jan Dobosz ( who later became  the headmaster ) and Mr Stanisław Tarka. In that time Mr Tadeusz Papiernik was the manager of the school workshop.

From the very beginning the school has been one of the biggest in the region educating from 700 to 1700 students in 24-59 classes.

On 14th October 1983 the school was given the name of general Kazimierz Pułaski, the hero fighting for the independence of and the . He has become the remarkable patron of the school, the great example of moral and ethic  behaviour. On this day the school also received the standard which has been used during the main school and town celebrations.

Another very important event took place in 1989. The modern gym hall was completed  and put into use. The P.E. teachers waited for it for a long time.

The gym hall is on the first floor. On the ground floor there are gastronomic workshops. All inhabitants can have a delicious hot meal in the canteen.

In 1990 the computer lab was opened in the school.

In order to help students to learn foreign languages effectively a modern language classroom was organized, too.

In new building was put into use with a beautiful huge hall ( ).

The building itself was raised in 1936. Firstly, Primary School for women was organized there. After World War II, during which German soldiers stayed there, a hospital was created and in 1945  one – class was opened.

In 1950 was moved from the present building of to our abode. Then, the was created , too.

The boarding for the school was created in .

In those days Complex of Technical Schools consisted of where students studied for four years,  after of – students learnt three years, four-year-long of Occupation, two-year- long and three-year- long Gastronomic School of Occupation. The common name “Budowlanka” was invented as a result of the fact that it was a complex of mainly technical schools.

In years 1976 – 1977 there were 24 classes of the following special subjects : TB / architecture, working building plan, ZSZ / a bricklayer, a fitter of installation, a painter, LZ /

a waiter and a cook.

In 1976 an additional wing in school was opened. In this wing there are three classrooms a library with a reading room and two building workshops. The central heating was also installed. This improved the working conditions at school. The cover of the roof was changed, too. During the next years the building was modernized.

On 1st September the Higher School of Profession ( Policealne Studium Zawodowe ) and ( Zasadnicza SzkołaWielozawodowa ) were founded.

In 1978 two classrooms of gastronomic technology were given into use as well as three garages. In the same year the school received the reward of National Commission of Education ( KEN ). In 1979 the school was given the patronage over the places of national memory such as the soldier cemetery from World war I, the gallows and the place of execution of Poles in years 1939 – nearby Stróżówka.

The students, who served their apprenticeship, worked on structures under construction and in different institutions.

The school needed a new building of workshops and a boarding when the took over the building in . The construction was begun in 1981.

The design was prepared gratuitously by mgr inż. arch. Tadeusz Dusza. The school youth built the building with the professional help of the teachers.

Another important stage in the school history was in 1983. On 14th October that year the school received the name of general Kazimierz Pułaski, who became its patron. The school was also given the flag, present not only in school but in the town as well, and the medal for  “The Service to the League Defending the Country”. On 1st September 1983   ( TG ) was opened. It expanded the number of classes. The new type of school as well as good work of teachers increased the amount of students who wanted to study at our school. They were both from Gorlice and the nearby area.

On 14th December 1984, after almost three months of work, a new building was opened. In the basement there were workshops and on two above floors boarding.

56 female students could live there.

In 1984 the school started to cooperate with the “Komuna Paryska” mine in Jaworzno and Glass works in Szczakowa. They organized in the school premises summer and winter camps for children. Thanks to it the school was able to save money to build the gym hall, which was necessary. The social committee of enlargement of the school was established, too. It included the headmasters of different schools and presidents of different institutions, who promised to help to build the gym hall. As a result, on 20th May 1985 the works began. Inside there was to be the gym hall, gastronomic workshops and a new spacious canteen. The technical documentation was prepared by mgr inż. arch. Tadeusz Dusza with a group of people  from The Design of City ( Miastoprojektu ) in Rzeszów. Building works were carried out by Przedsiębiorstwo Budownictwa Komunalnego in Gorlice.

Another very important event took place in 1989. The modern gym hall was completed  and put into use. The P.E. teachers waited for it for a long time.

The gym hall is on the first floor. On the ground floor there are gastronomic workshops. All inhabitants can have a delicious hot meal in the canteen.

In 1990 the computer lab was opened in the school.

In order to help students to learn foreign languages effectively a modern language classroom was organized, too.

In 1990 the students of the fifth class of Technical School ( TB ) began the levelling of the playground behind the school and then a concrete board was placed there in 1993 the building of a new ediffice was begun. It included auditorium. The design was also prepared by mgr inż. arch. Tadeusz Dusza, who was the main inspector.

In 1994 the teacher’s room was modernized and a new place for a cloak room was made. In 1999 four more cloak rooms were built.

The rules of admission of school

In the school year 2002/2003 the school offers the following types of schools:

1. ( Zsadnicza Szkoła Zawodowa)– it lasts two years, in the profession:

-         technology of nourishment and home economics

Candidates to school should :

All candidates willing to be students of the school should produce the following documents in the secretary’s office :